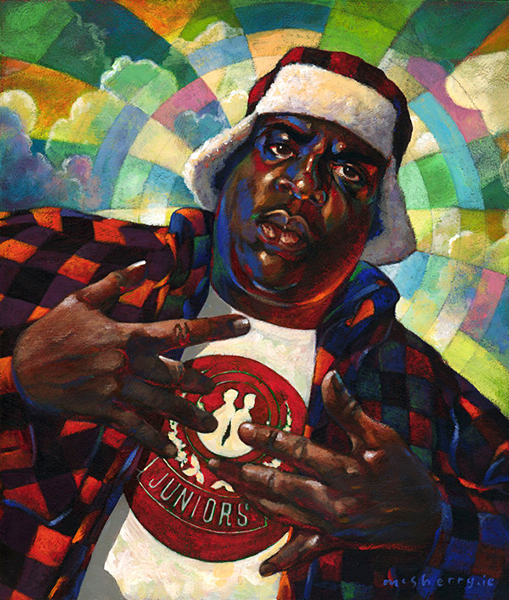 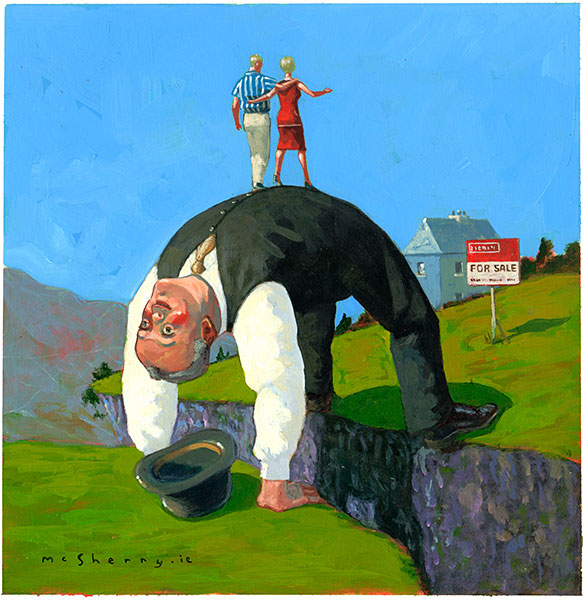 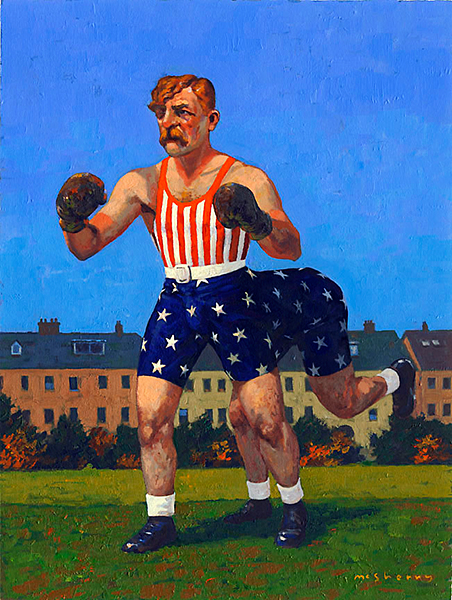 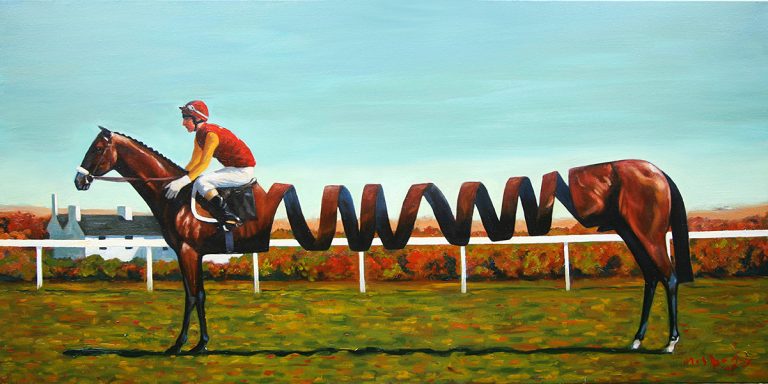 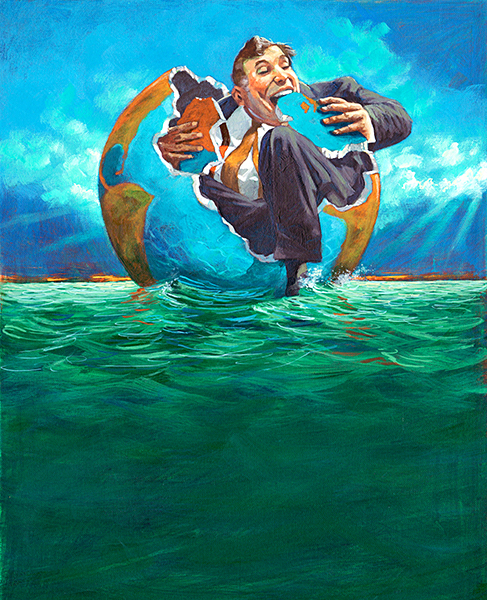 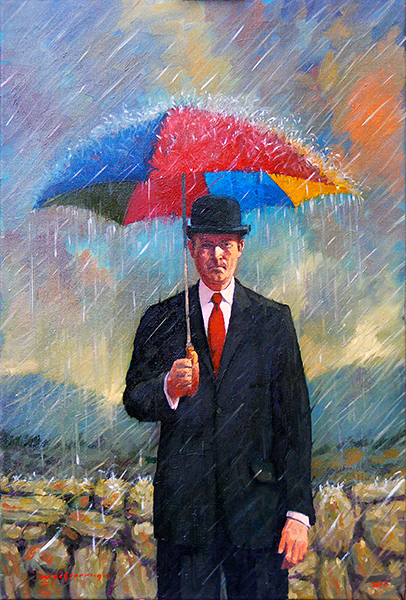 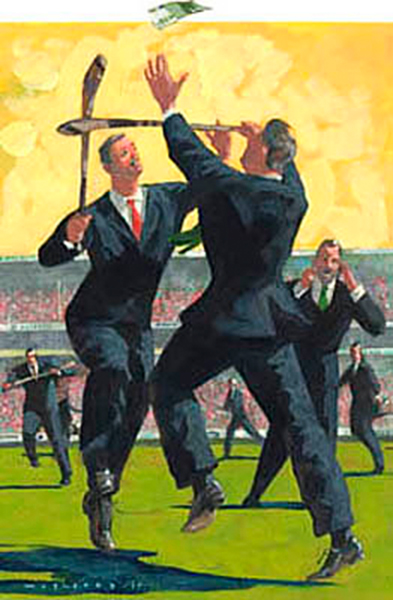 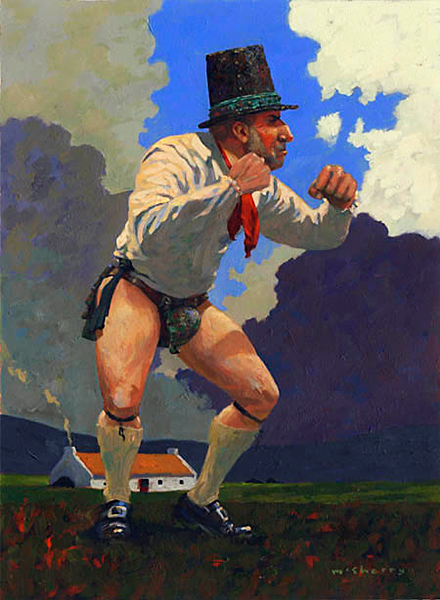 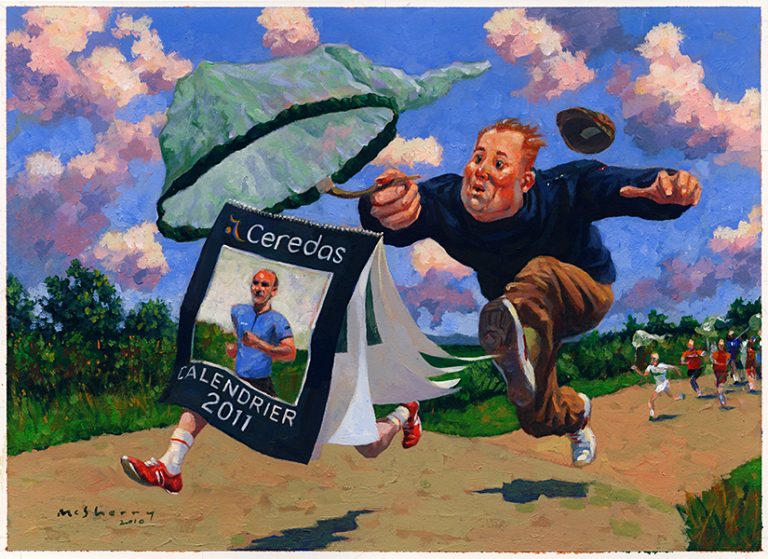 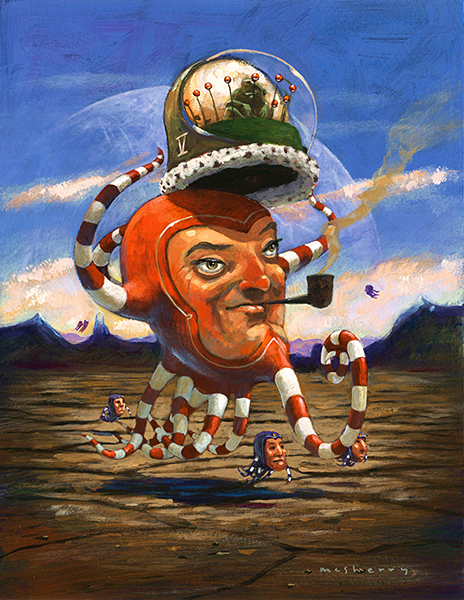 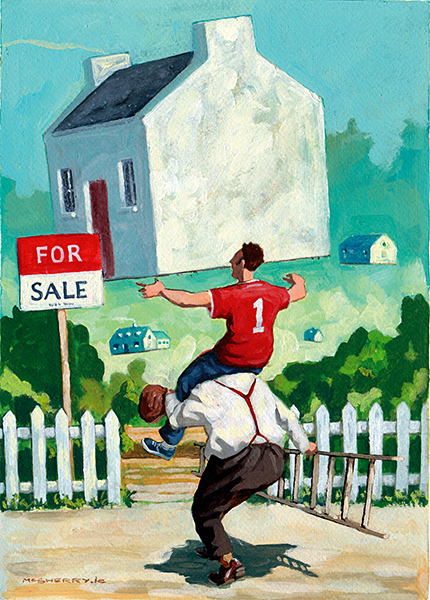 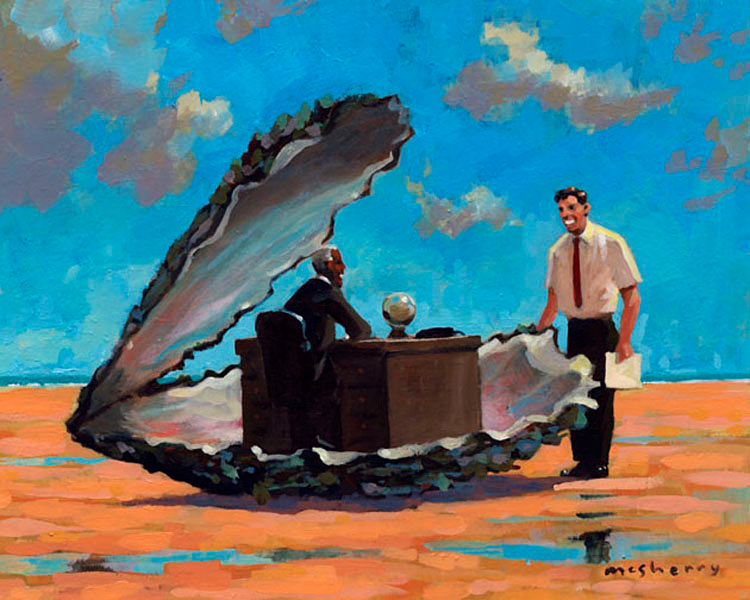 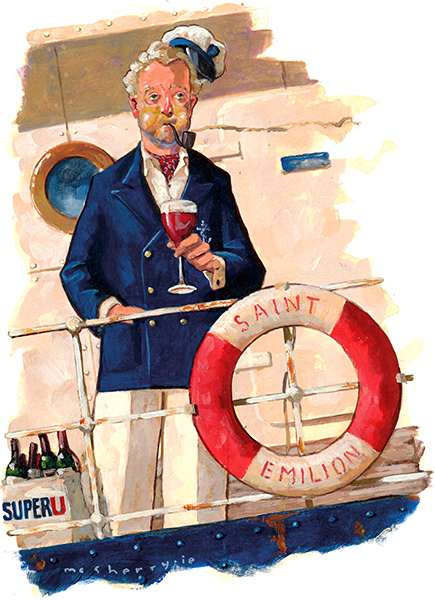 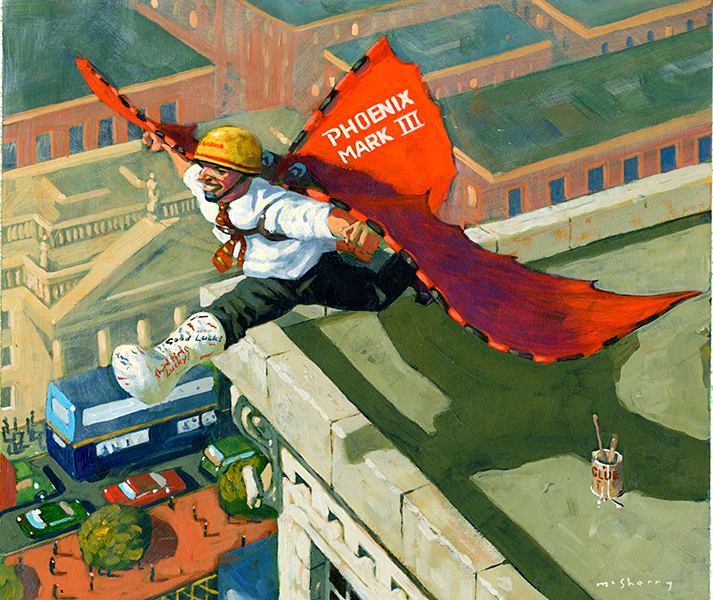 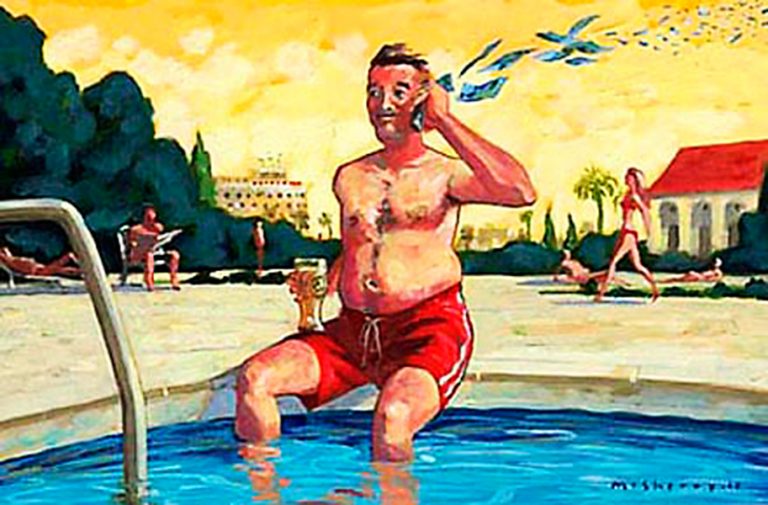 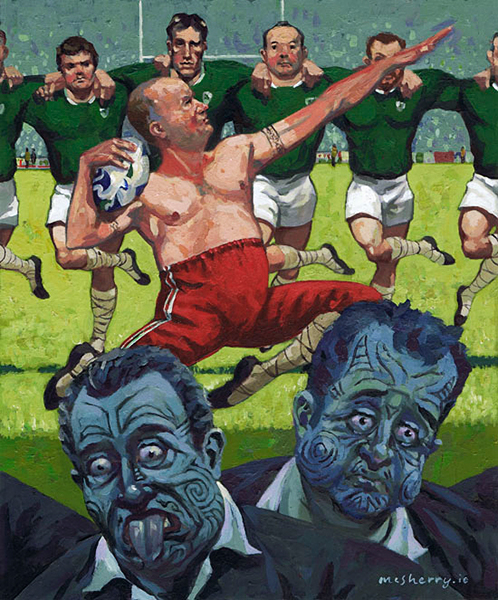 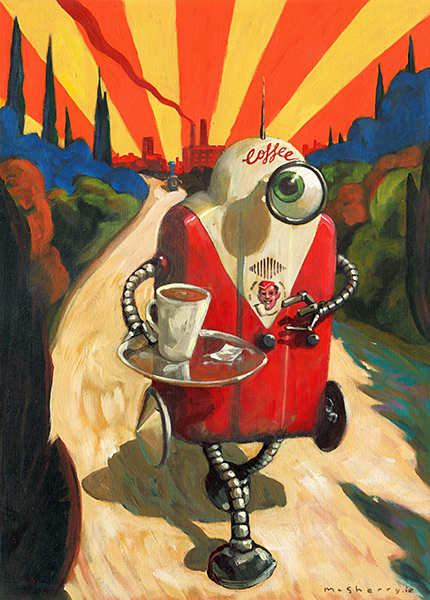 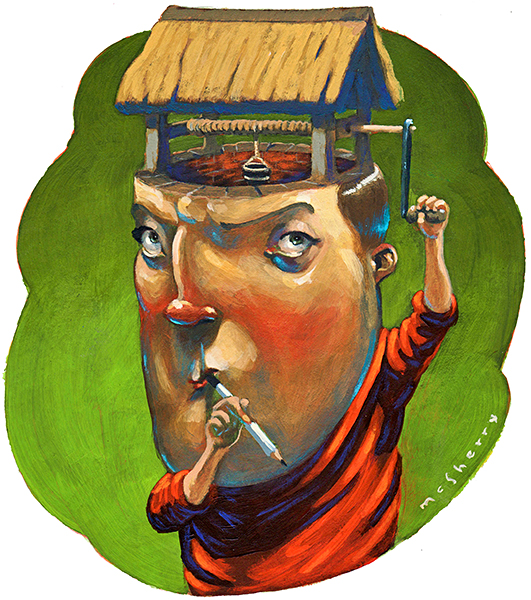 Kevin McSherry is one of the leading and most imaginative contemporary artists in Ireland. His exciting, intriguing and often challenging paintings play with the viewers’ expectations of what art can and should be. Born in London in 1962, he left school at 16 to be apprenticed to the printing trade to help provide for his family, subsequently leaving London to live in Ireland in the eighties.
His imagination, wit and ability to describe complex and thought-provoking concepts have been widely sought after by  The Wall Street Journal, The Irish Times, Sunday Business Post and many other important patrons globally. His visionary work also hangs in many private collections around the world from the US and Canada to the UK, France and Japan.
He has been invited to show in cultural venues in France and Ireland, including as part of a juried show in Le Musée des Arts Décoratifs in le Palais du Louvre, Paris, The Alliance française, Dublin AND Paris and at the 2002 exhibition in the Chester Beatty Library; The Art of Centemporary Illumination. His work hangs in the British National Collection, notably in the British Embassy in the Rue du Faubourg Saint-Honoré in Paris and in private collections around the world.